This week, I’m going to show you one of the first fan merchandise I’ve bought: 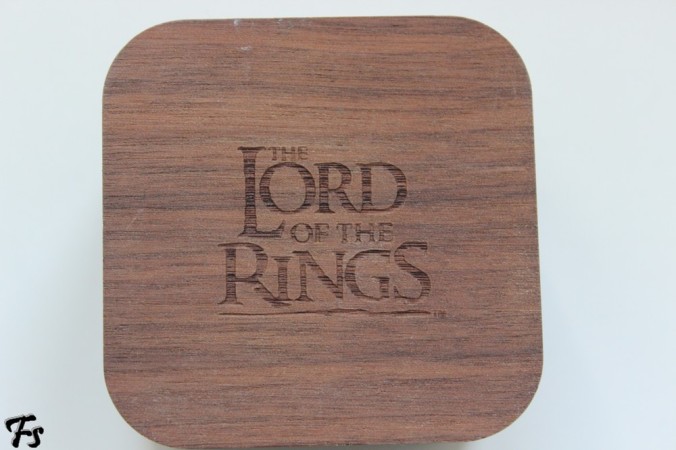 Although it’s usually not in the box but on my finger, because I wear Aragorn’s ring pretty much every day, and it’s gotten so far as to me feeling naked when I’m not wearing it.

It’s silver, so it’s surprisingly heavy for something that small. 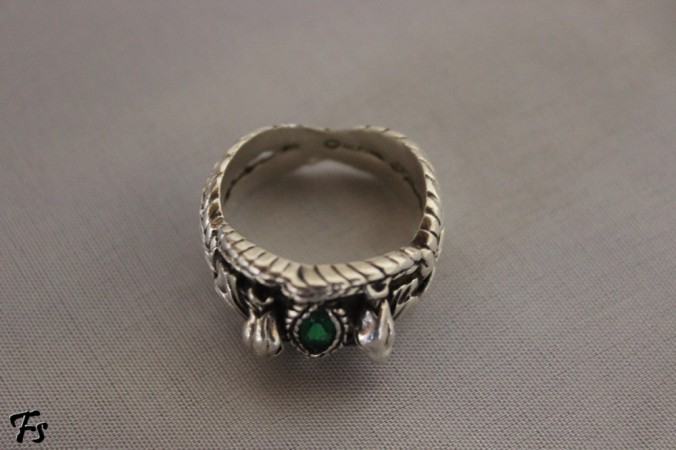 But it’s also kinda big. And, granted, it doesn’t look 100% like the one Viggo Mortensen is wearing in the Lord of the Rings movies, it’s as close as it gets, I guess.

I bough it in Wellington when we visited the Weta Cave – same time Frodo bought her One Ring. We walked out of that store a lot poorer, but a lot happier too. 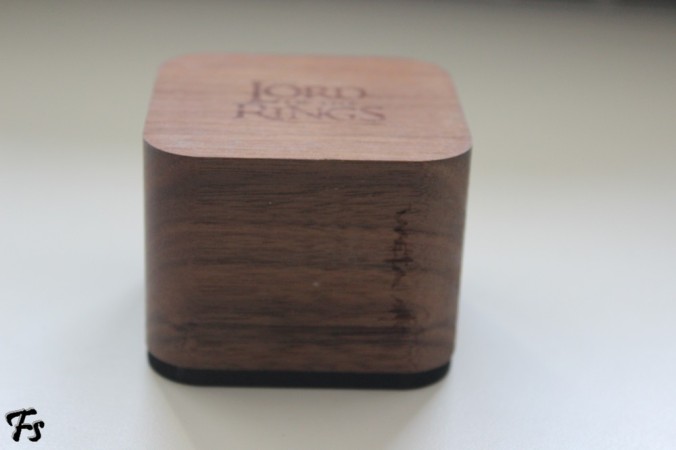 I love the box, too. It sits on my shelf, collecting dust and looking pretty. 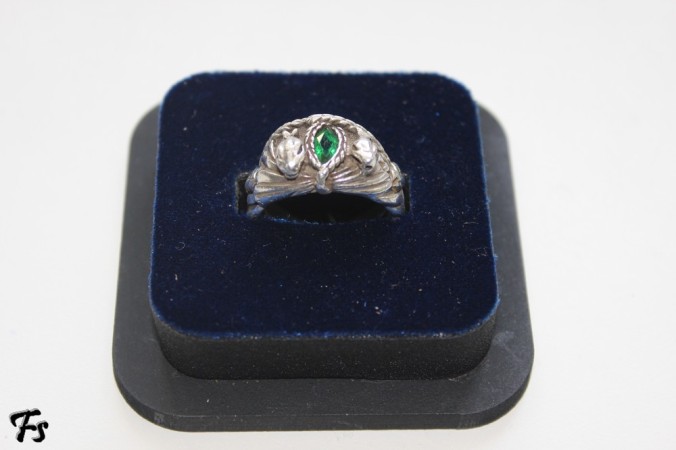 The ring looks a bit dirty and worn, and I thought about cleaning it, but then Frodo reminded me that Aragorn doesn’t clean his ring. His isn’t all shiny and new, so why should mine be? And she was right, of course. 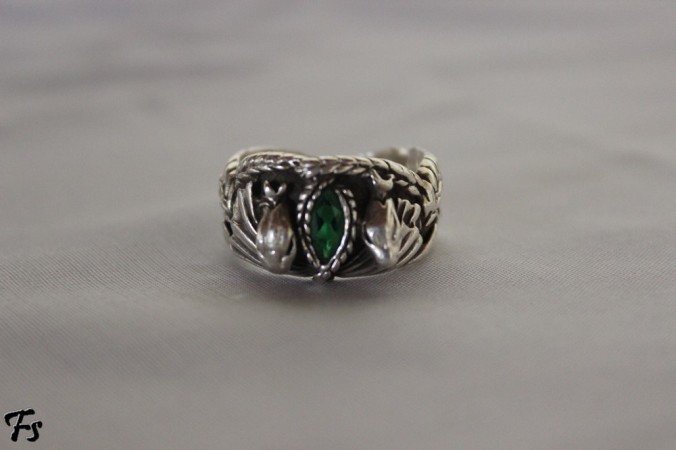 This ring is one of my most valued possession, not only because it’s beautiful, and Aragorn’s ring, but also because it’s a daily reminder of all the beautiful things we saw and all the fun we had in New Zealand. I just love it!