Since I saw the questions for the first time I was like, “I have to do this!”. So here we go! I hope you enjoy my answers. Meanwhile  I am off to watch the movies again. Because sometimes a LotR marathon is all you need. 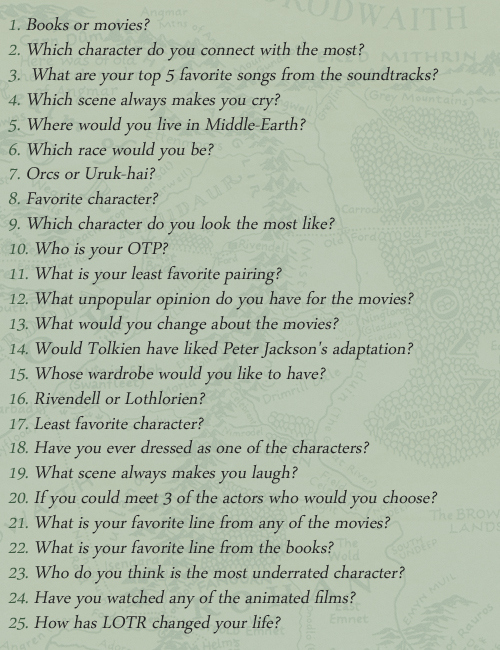