We’re still a little behind on this, especially because we missed last week’s, so we’re just gonna do the one from last week, and hopefully we’ll get it right next week… But please be patient if we don’t.

So, last week’s 5 Fandom Friday was 5 fictional character you most identify with. Here we go:

It’s kind of a no-brainer, this one. She’s an amazing character (in the books even more than in the movies), and not just because she’s the girl with two guys as best friends. And not just because she’s usually the one who saves Harry, although that is part of the reason why we love her so much. No, the reason why we identify so much with her is because she’s never been about looks. She doesn’t really care what people think (still working on that part, but we are on our way there), and she does her best to help her friends. She’s smart (this may sound arrogant – I hope it doesn’t because it’s not supposed to – but Frodo is definitely smart, and I’d like to think that I am, too), and she uses her brains to solve problems. She’s the one who’s prepared for everything, which is something I usually try to be, and she’s an amazing friend, sticking by Harry’s and Ron’s side through all of it, and I do believe that we are that kind of friends (minus the magic, sadly), at least to each other. Also, the hair.

Charlie is an amazingly complex, fun character. She’s geeky (check), she doesn’t run away from a challenge (check, I think), she uses her brains to solve her and other people’s problems (check), and she’s just awesome. But mostly because she’s such a geek, and a big Hermione Granger and Harry Potter and Tolkien fan (definitely check).

She’s definitely on this list, because of her relationhip with Prim. I read the books for the first time when I was 16, and my little sister was 12, so I could absolutely and complety identify with her when it comes to that. I still do. I would do absolutely everything for my siblings. (Sam) As for Frodo, she would do everything for her brothers as well, so there’s that part. And, for both of us, it’s just who she is. She doesn’t want to be a hero. She doesn’t want the attention, because it’s dangerous, and she cares so much about everyone around her. She’s a little rough around the edges, and she doesn’t always understand the signals she’s getting – both are things that we find in ourselves. And the way she handles the situations she gets into is something that we both identify with, because we’d probably be the same. The fear, the anger, but also the fact that she stills runs into battle, because it’s not just about her – all of that is the way we would probably do it, even though those are situations that we will never find ourselves in.

Although we are both “Sam-girls”, as they say, and would defend Sam Winchester with our dying breaths, even – or especially – to his brother, being big sisters makes us both identify more with Dean. Maybe that’s why we “prefer” Sam; he’s less like us. We would both move Heaven and Hell for our siblings (I realize that they both do), and we would both protect them, no matter the cost (Sam cares about protecting Dean, of course, but mostly from either Dean himself or Sam. Dean always wanted to protect Sam from the whole world). So, although we love Sam, and relate to him, we both identify with Dean more.

Granted, neither of us can run that fast, but he’s still an incredibly relatable character (kudos to Grant Gustin for making him so relatable and loveable). He gets way too excited over things, like his own ability for example, and he’s kind of a fanboy. He’s awkward, which we defintely are, and he tries his best to do right by everyone (also something we both tend to do. Less Meta-humans involved, though). He believes in the good in everyone without being naive, and I think we are both like that. 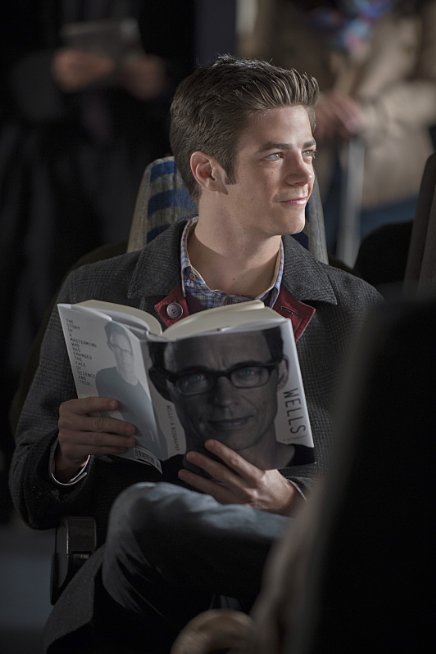 25 thoughts on “5 Fictional Characters You Most Identify With”